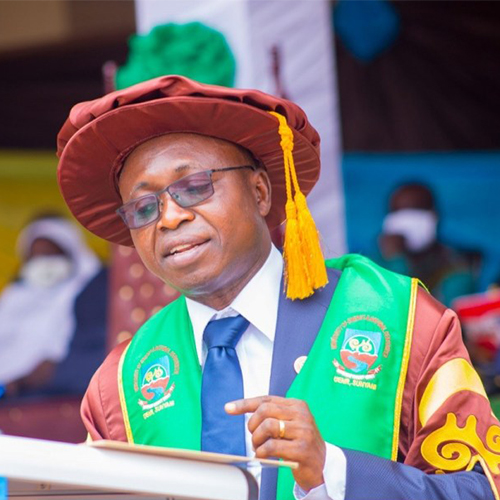 He specializes in virus diseases of horticultural, vegetable and food crops, with special interests in virus characterization, diagnostics, plant-virus-vector interactions, and development of integrated crop improvement strategies. He has conducted a number of scientific research works including breeding for high yielding and virus resistant crops. He has been involved in releasing a number of high yielding cowpea varieties that are resistant to viruses, striga and drought (2018) and two white flesh and three yellow flesh cassava (high beta carotene content) which are resistant to cassava mosaic disease (2018).

He has attended and presented at several conferences and workshops, both local and abroad, and has a number of publications in peer review journals. He supervises research works of both undergraduate and post-graduate students.

He was an Academic counselor and Liaison officer of Students Attachment and Field trips, School of Agriculture, UCC from 2015-2016. He also held the position of Registration officer, in the Department of Crop Science, of the School of Agriculture, UCC, from 2014-2015. He was also the Faculty representative of the University Time TableCommittee from 2012-2014. He is currently a board member of the Central Regional branch of the Ghana Chamber of Commerce.